More than 500 landfill sites are dotted around the UK, and over 450 of them produce renewable energy through landfill gas capture technology installed on-site.

Most people don’t know that most of the gas capture equipment installed on landfill sites belongs to energy companies—not the waste management firm or local council that owns the site.

Typically, the landfill operator receives a percentage of the gas income as a royalty payment in return for allowing the energy company to operate from their site.

While the energy company gains an income, the site makes a valuable contribution to the country’s renewable energy portfolio, and the landfill owner benefits from a top-up (i.e. royalty) payment. So having landfill gas equipment on any landfill site is, in theory, a win-win situation for all. 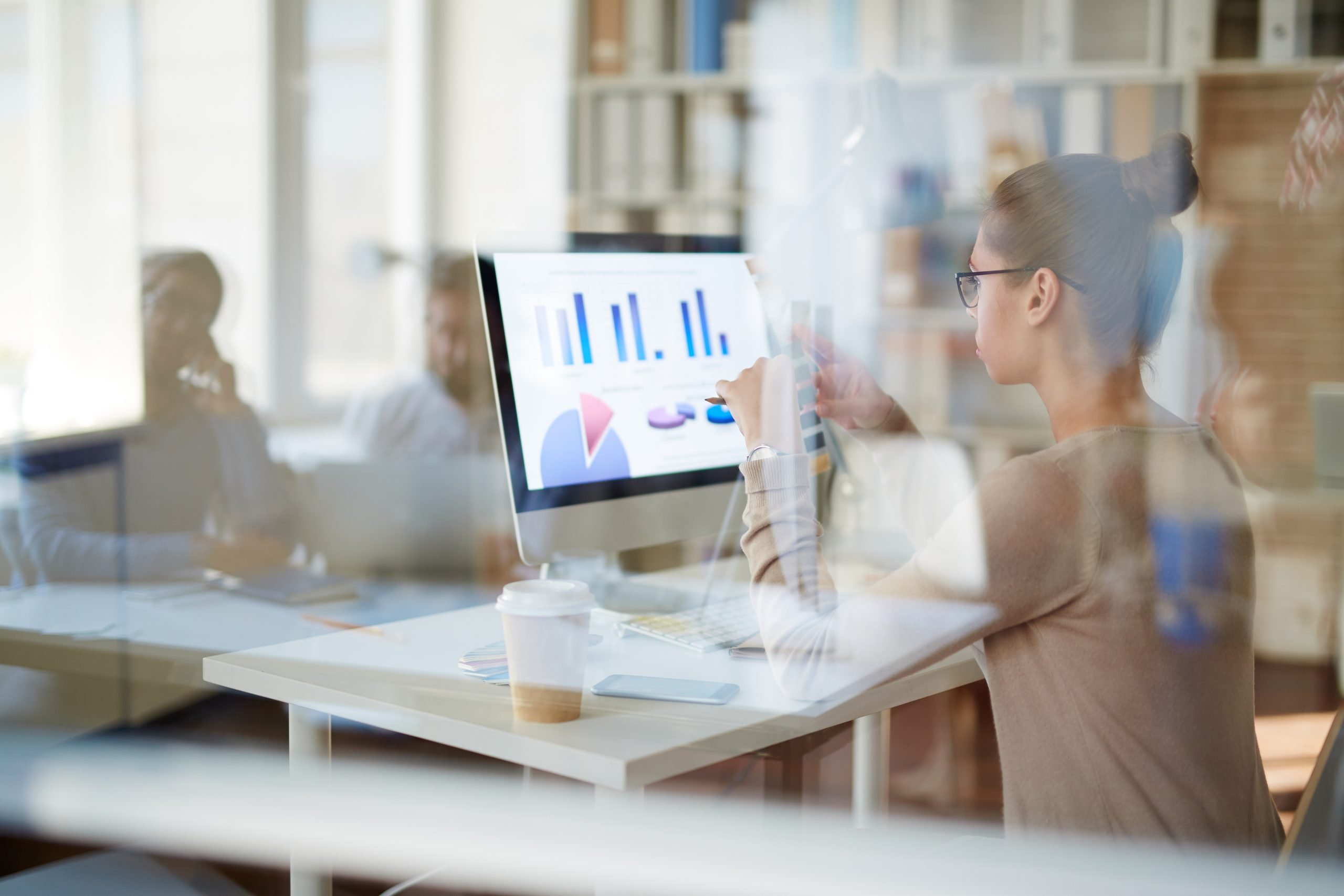 It seems simple, and it should be. But calculating royalty payments can be a challenging task, often requiring specialists to dig deeper. Without specialist software and a trained auditor’s eye, royalty calculations often contain mistakes. repayments can result in errors.

That’s where Lumify Energy can help

We know first-hand how time-consuming and taxing, reviewing royalty agreements and sifting through the details can be if you haven’t had specialised training in this niche field.

So, we thought we’d highlight some common errors we often see with royalty payments to help you increase the returns from your renewable energy project, and a few key areas for landfill operators to optimise:

If new technology is larger or more efficient than the kit in place at the time of the original royalty contract, it may produce additional income. If the change of equipment hasn’t been communicated to the entire team (especially the finance team) and the royalty calculations haven’t been appropriately updated, the landfill operator might lose out on the additional income and royalties arising after the equipment update.

Royalty calculations are affected by the efficiency or installed capacity of the renewable energy project, which may change over time, resulting in some income not being reported for royalty payment purposes.

This can also occur where an extra gas engine is added to the project that has its own electricity meter. This can lead to unreported income and unpaid royalties.

The above issues could also apply to other types of renewable energy projects.

Given that renewable energy projects can last up to 25 or more years, it is not uncommon for royalty payment errors to arise and go unnoticed for many years.

Even when such h errors are eventually discovered at a later date, some site operators might seek to argue that the method of calculating the royalty payments have been legally varied by the past conduct of the parties (i.e. the errors have existed for so long without any objections being raised that the parties must have intended that they should become part of the royalty calculations).

Further, there are statutory time limits for claiming unpaid royalties. Therefore, where royalty underpayments have passed under the radar for a number of years, re-claiming the amounts owed may prove significantly more difficult. 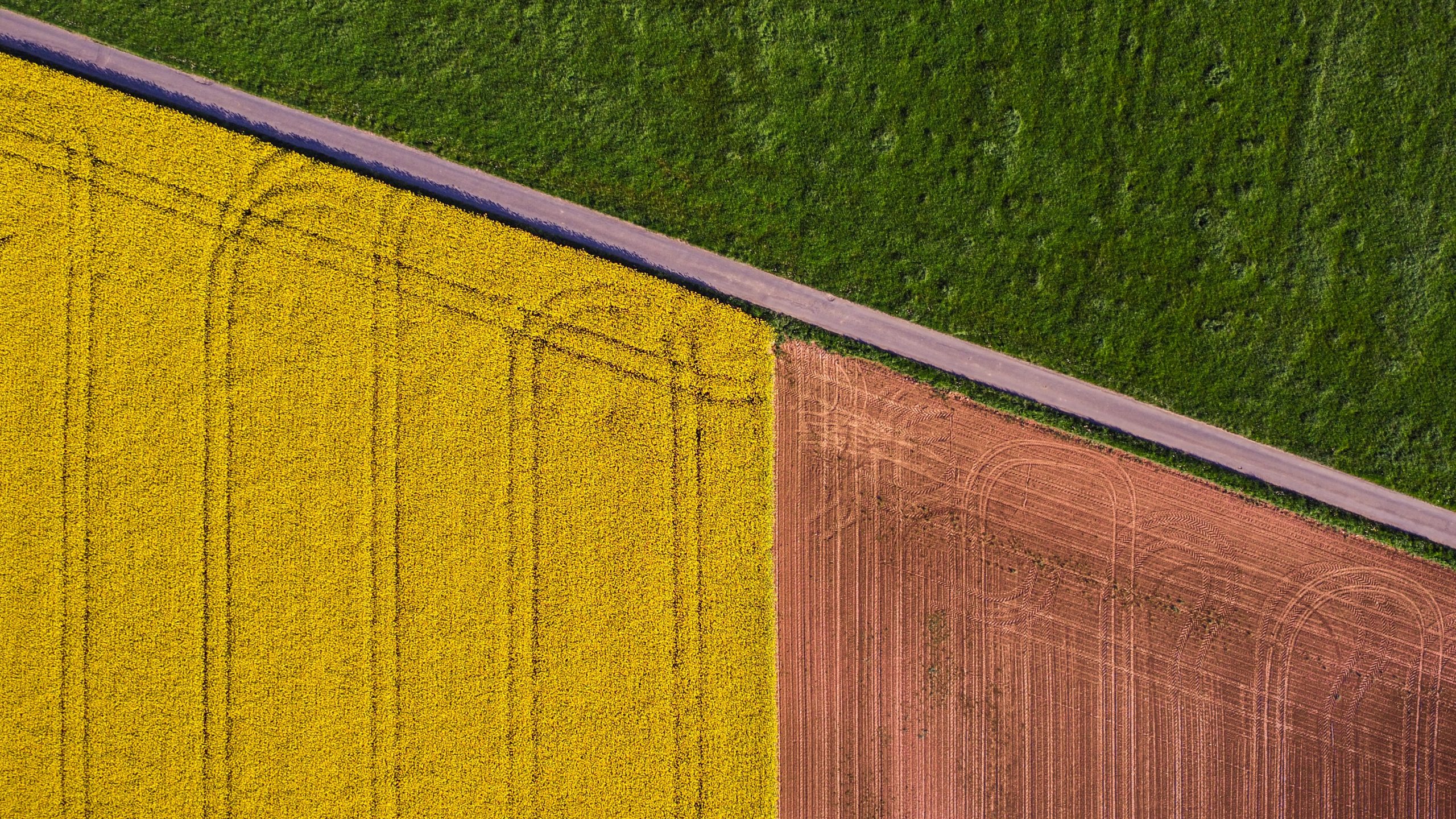 Any changes made to the power purchase contracts will need to be communicated between team members and royalty calculations manually updated as those changes occur, to ensure that royalty payments remain accurate and up to date.

Moreover, the royalty calculations may struggle to classify some of the newer income streams and might classify these as “non-trading income” or as adjustments against “cost of sales”, resulting in the under-reporting of income and royalty payments.

The royalty accountant may not have received all income data from its operations team when calculating the royalty payments. In these cases, the landfill owner may be wholly unaware of the additional income and royalties owed.

In some cases, the energy company may sell the energy produced to a related company, which later re-sells it to end consumers at the full market price. In this instance, an artificially lower royalty payment may be calculated based on the initial (and below market value) sales price.

Therefore, it's crucial to analyse historical sales revenues, particularly where any operator has a vertically integrated business or has made any sales to a related entity.

Many renewable energy royalty contracts were written many years ago when the industry was relatively young. These contracts are also typically written by solicitors well before the project has become operational.

Therefore, it is often difficult for these contracts to keep pace with changes in the industry that were not originally envisaged. Further, they can contain payment terms that are highly impractical and result in the frequent late payment of royalties.

For example, a royalty contract might require that a payment is made based on the movements in the Retail Prices Index up to a certain date, which has not yet been published as at the date that the payment should be made.

Similarly, there have been recent high-profile cases (e.g. Woden Park Limited v MonSolar IQ Limited) whereby the royalty contracts were drafted in such a way that required royalties to be calculated based on the double counting of inflation, such that the rent would increase from £15,000 per year in the first year of the lease to £76 million per year in the final year.

Further, many royalty payments are based on a percentage of the Gross Revenue arising from the renewable energy project. However, site operators can have a different interpretation of which proceeds should be included in “Gross Revenue”, therefore it is important to analyse all energy produced and income reported for royalty purposes, as not all income may have been recorded as eligible “Gross Revenue” (or trading revenue), resulting in lower royalty payments. 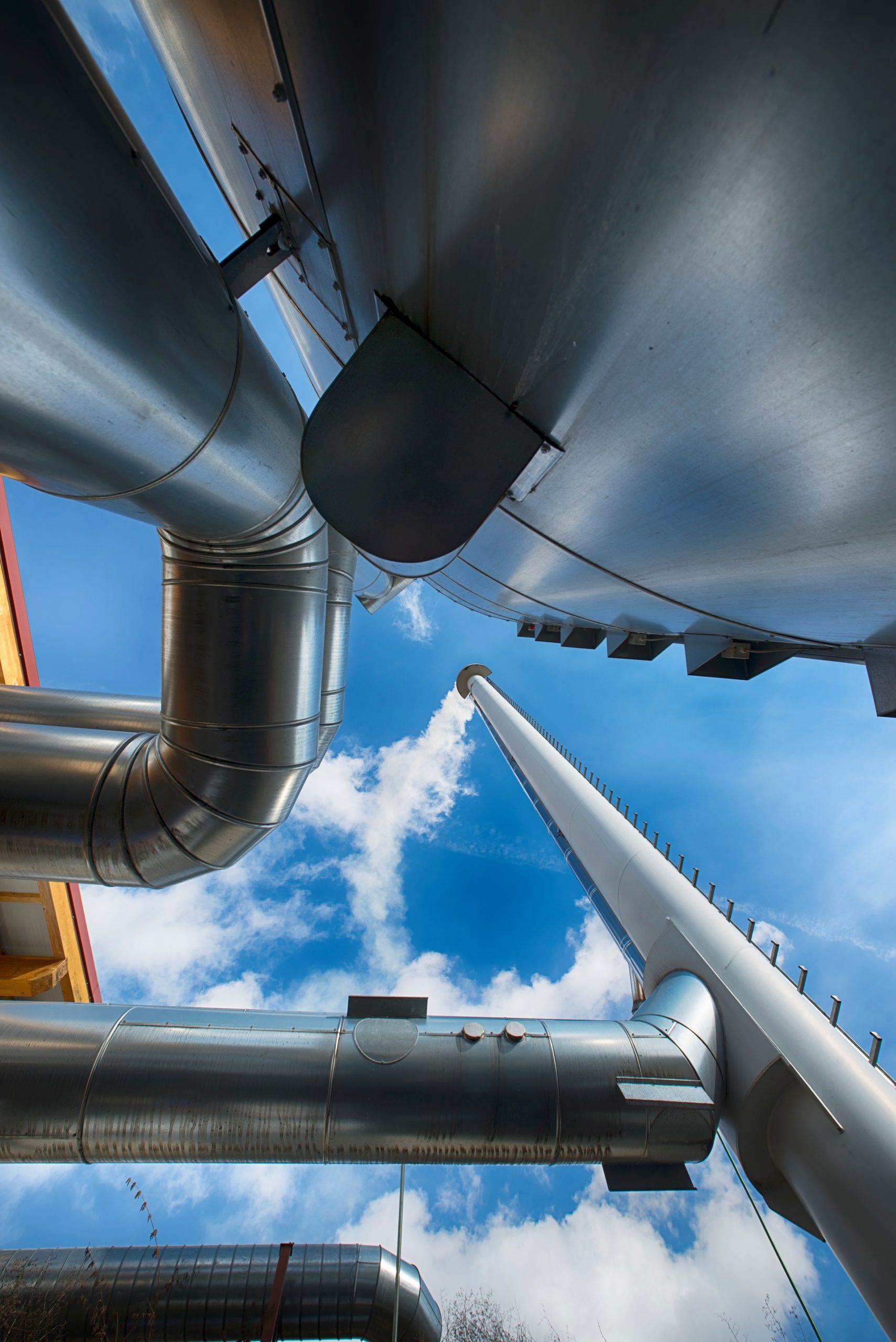 How to maximise the value from your renewable energy project

It’s important to review your renewable energy payments regularly and actively as there are many factors that result in the underpayment of royalties.

Landfill site owners should maintain active dialogue with the operator of the renewable energy project and discuss any changes in equipment and/or the power purchase agreement to fully understand what impact these will have on the project’s future performance, income potential and royalty payments.

Eager to find out more about renewable energy? Look at our blog for more information and inspiration. 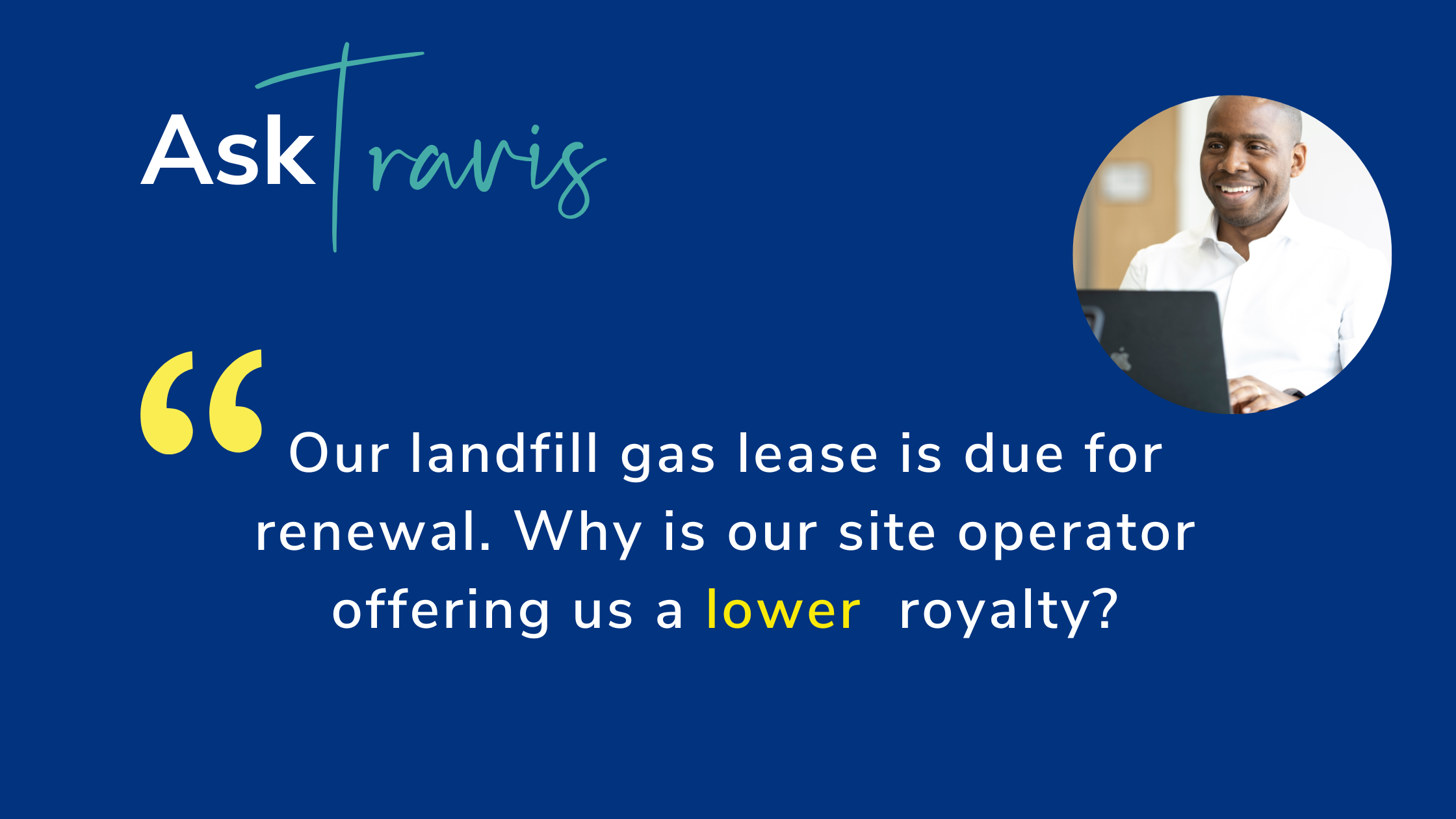 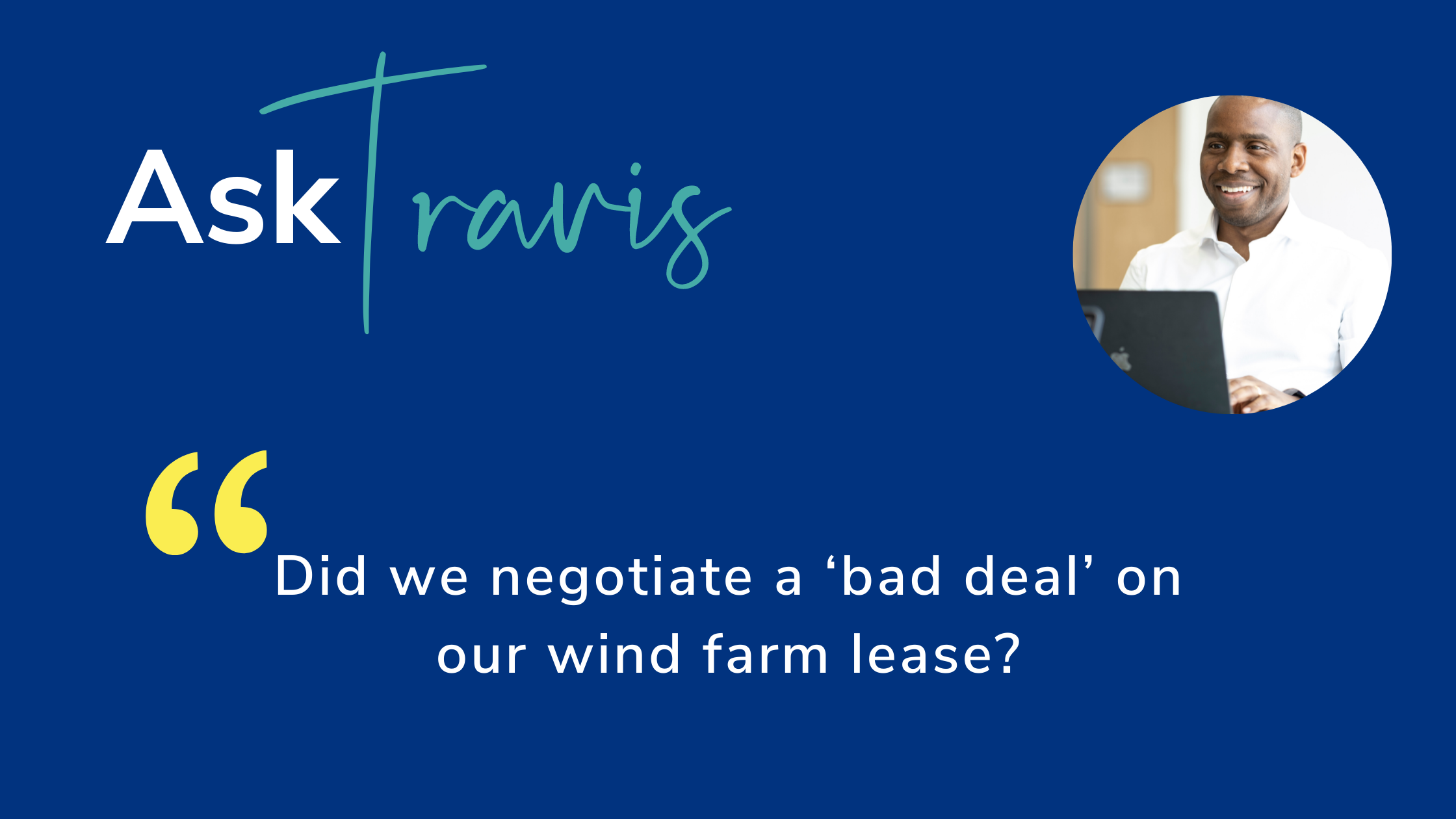 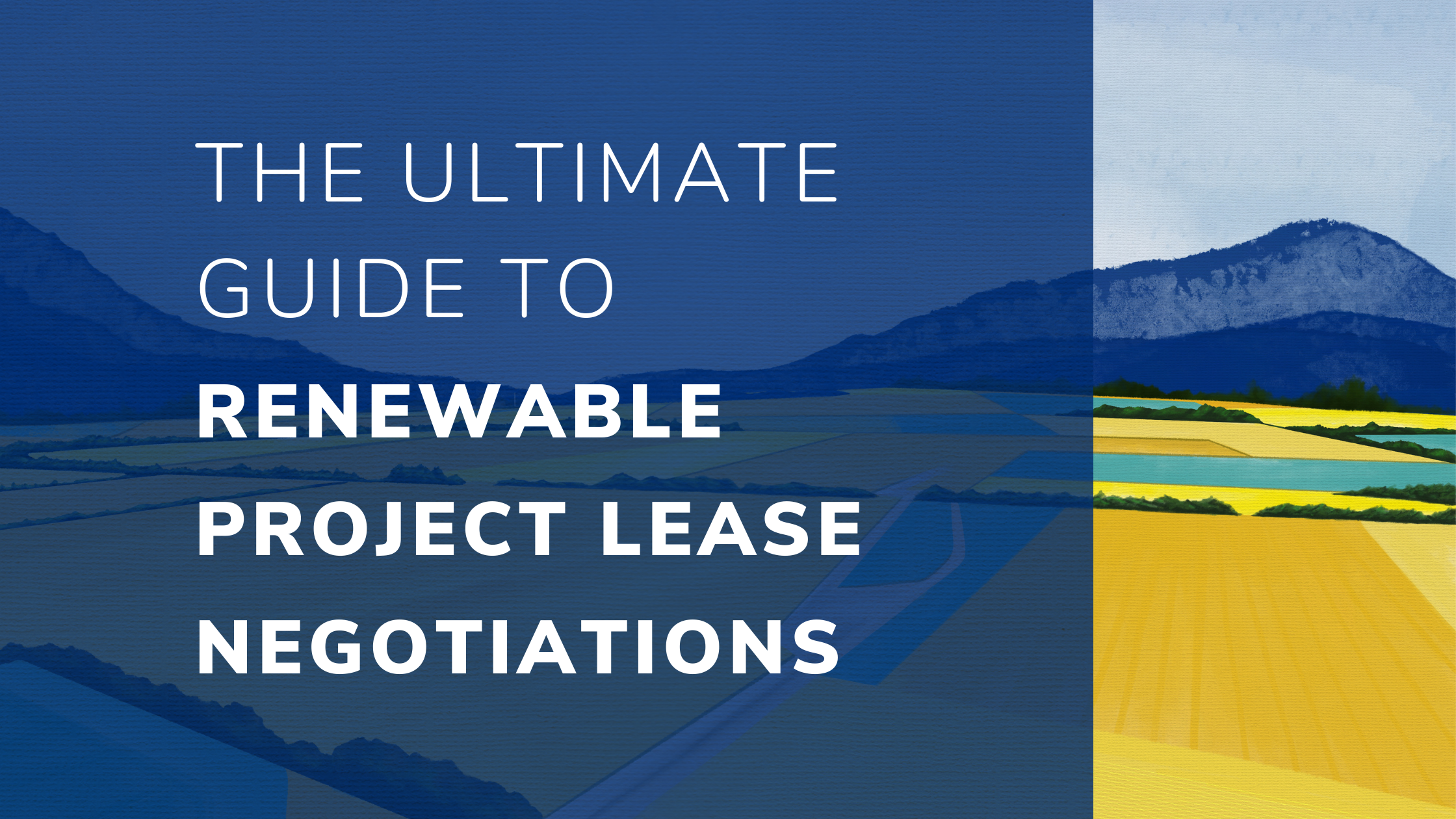