How Lumify Energy came to be

It’s been seven years since we first launched as Accounting for Energy, and it’s been an incredible journey. And in the spirit of our rebrand, we thought we’d look back at how we got to where we are now.

If you’re new to us, it’s a nice place to start to get to know us a little better. And if you’ve been with us along the ride, we hope you enjoy taking a trip down memory lane.

So, from the beginning! 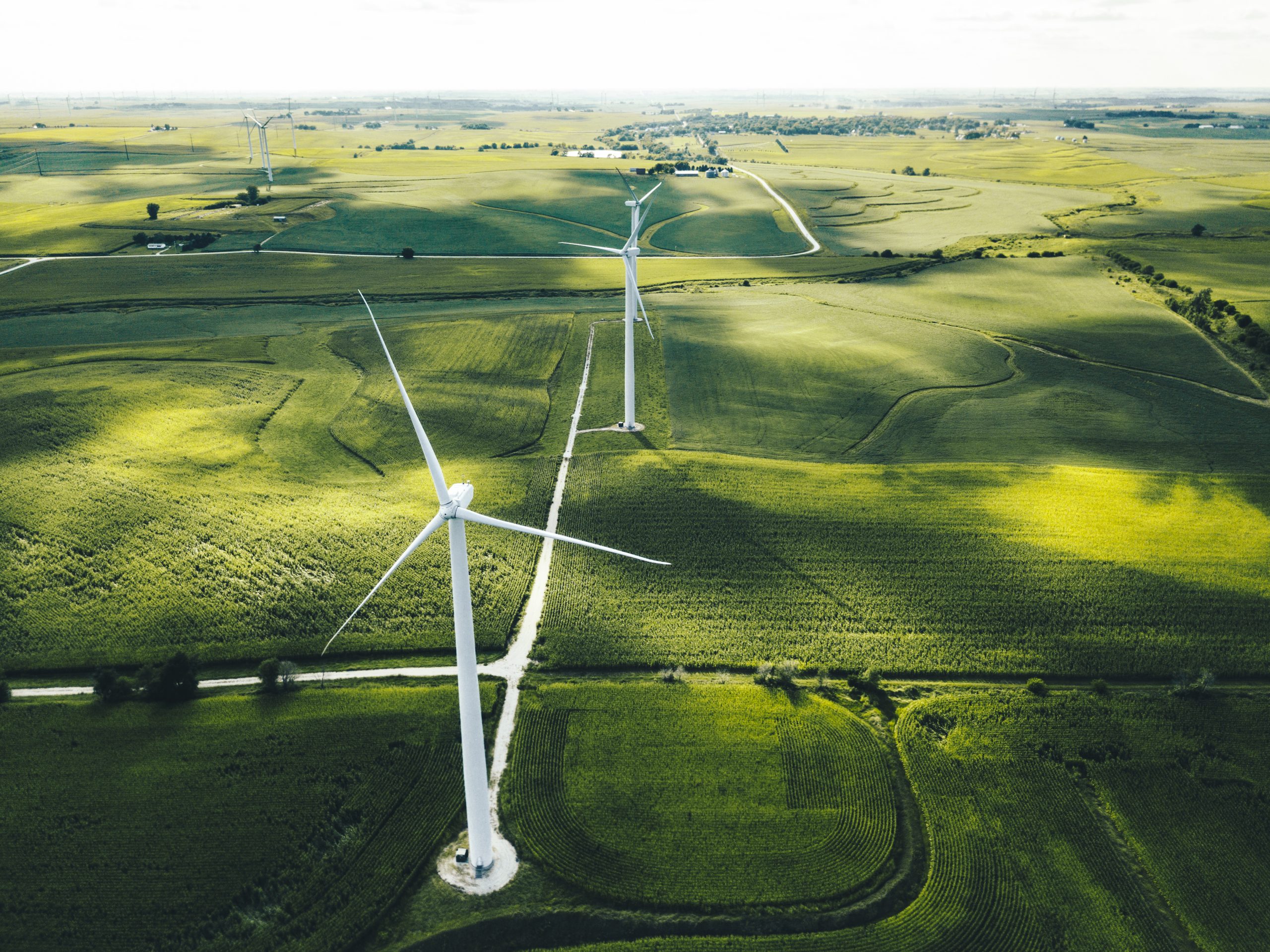 The birth of the renewable energy

Renewable energy is, in essence, harnessing of the earth’s elements to generate power; and that’s been going on for millennia. Ancient civilisation utilised wind-powered wheels to grind corn and water wheels to mill wheat.

But when we talk about the birth of renewable energy as we know it today, we’re primarily referring to our collective efforts to reverse the destructive effects that the heavy use of fossil fuels has had on our planet.

As rising eco-concerns became more prevalent, governments around the world began to look at how their policies can support a more sustainable energy future. And around 20 years ago, the UK government began offering site operators subsidies as incentives to build renewable energy projects—think wind farms, hydroelectric and landfill gas extraction.

As a result, record numbers of these incentives were commissioned by various landowners—from farmers to local authorities, large corporations to waste management companies—offering a portion of their land to the projects in exchange for royalty payments.

Fast forward to today, we started to see a rise in issues stemming from these lease agreements between landowners (who originally signed contracts lasting around two decades) and their site operators, largely due to original lease agreements being rarely—if ever—reviewed, despite energy payments changing dramatically over the last 20 years.

Why haven’t landowners reviewed their original contracts? Well, the reality is, the renewable energy sector as we know it is like uncharted waters. Unlike more established industries such as oil, there are no official legislation or recognised guidelines for managing payments or monitoring a site’s performance. 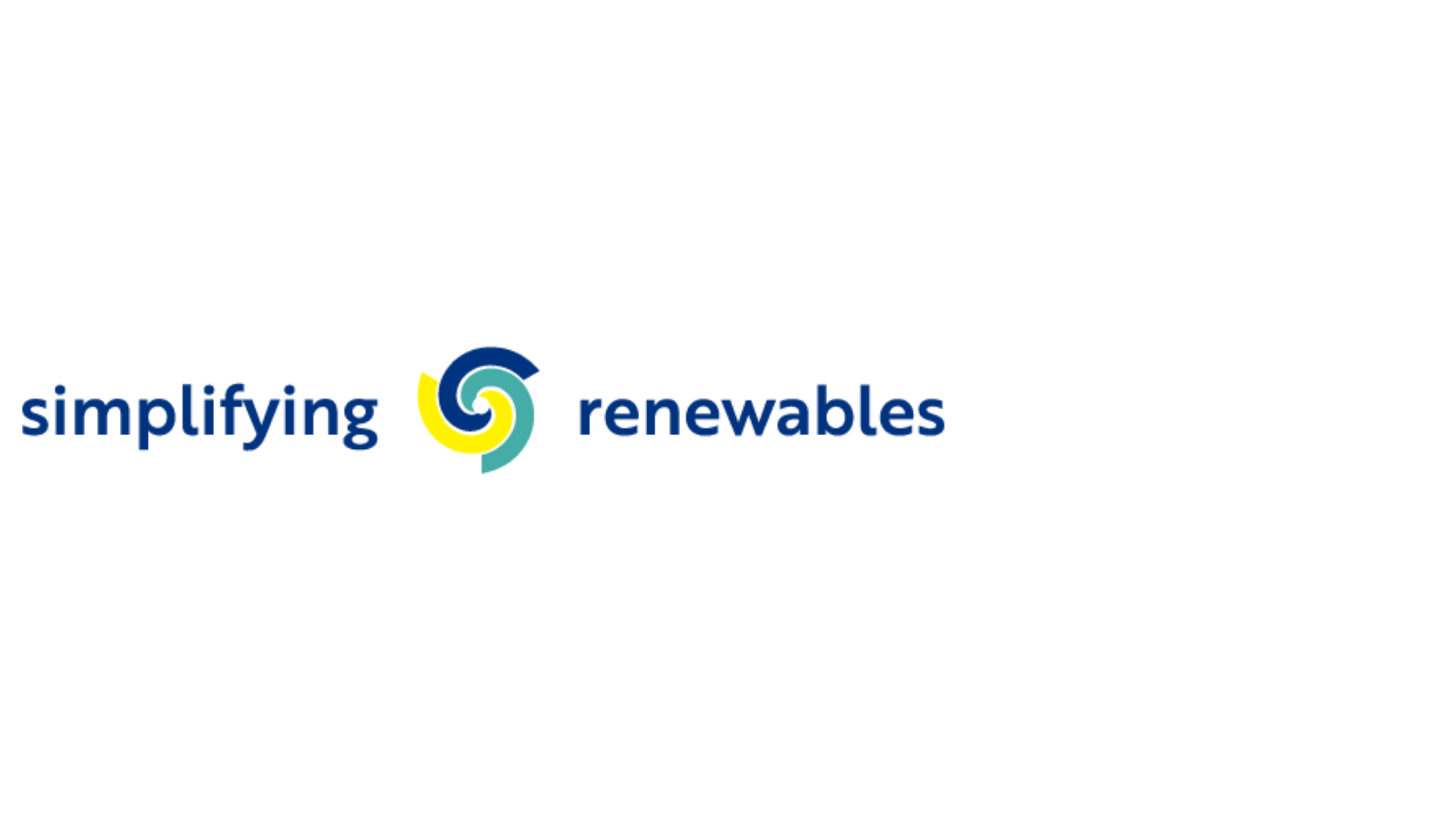 Where we come in

With the sheer complexity of these long-term lease agreements and the lack of information available, our specialist services have become so sought after.

Back in 2014, we set up Lumify Energy (formerly Accounting for Energy) to draw on our renewable energy expertise to help individual and corporate landowners be accurately rewarded for the renewable energy produced on their land. We do this by providing them with professional advice, management, auditing, monitoring, and cutting-edge technology-based services and solutions. Simplifying the renewable energy sector and making the industry a more transparent place to operate is at the heart of what we do. 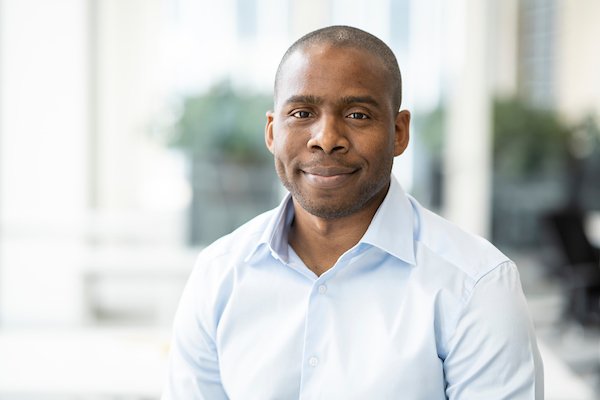 In 2006, our co-founder Travis Benn began his career as a chartered accountant for a top accounting firm. With an already piqued interest in the energy sector, when an opportunity for him to work for the UK’s largest renewable energy company presented itself, he jumped at the opportunity.

While working in partnership with landowners who produce renewable energy on their land, Travis began to research how well they understood industry jargon and how often they reviewed their royalty payments.

It quickly became clear that there was little information available to landowners, and next to no guidance that was accessible or comprehendible enough for clients to be equipped with what they needed to know about their projects.

An industry in need of transparency

The renewable energy industry is in its infancy, which is why so little information is at landowners’ disposal. And with changes happening at such a rapid pace, it’s difficult for most who aren’t constantly dealing with energy legislation and economic shifts in the sector to understand, let alone keep up.

But it’s not just that the industry was proving difficult for landowners to keep up with. Travis noticed that these long-term lease agreements had not kept pace with, nor adequately reflected this complex, ever-changing market of fluctuating energy prices and changing subsidy payments either.

So how can landowners assess the quality of lease agreements without visibility in the marketplace, industry benchmarking, or up-to-date contracts? A field with little transparency makes it nearly impossible for landowners to monitor their site’s performance and payments and widens the knowledge gap between landowners and big corporations. 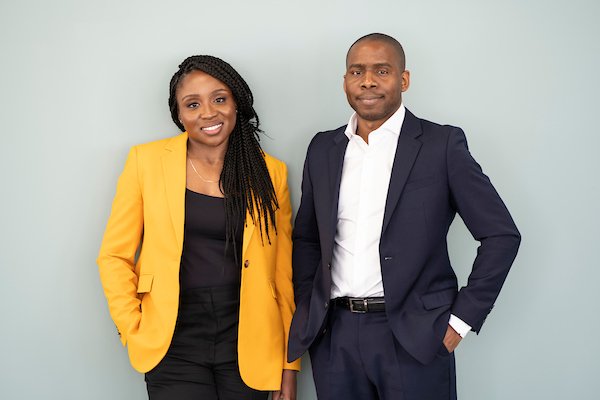 Two minds, many talents, one purpose

Travis began to share his findings with his wife, Freccia, about the problems in the renewable energy marketplace. Keen to find out more, Freccia started to dig into renewables research to see how landowners could benefit from their knowledge. Certain about what she and Travis could impart and the services they could offer to make a difference, the two set out to build something to challenge the renewables status quo.

The road to today

Since starting out as Accounting for Energy, the company has serviced an impressive roster of clients throughout the UK from some of the country’s biggest councils to family-run businesses, utility companies, waste management corporations, and individual landowners.

Our initial offering providing land rent audits for landowners, and over the year, our team of experts and our knowledge have expanded. After six years of growth, we really came into our own, helping landowners throughout their renewable energy journey—from the start of their project all the way to negotiating terms for a brand-new renewable energy project on their land—and what a ride it’s been.

In 2020, we decided to undertake some research with our previous and current clients to understand how we could serve them better. A series of long, in-depth conversations with our clients to try to understand their unique needs and challenges.

We learned that our clients valued understanding their projects and feeling confident that they were making informed decisions, but that our Accounting for Energy brand didn’t reflect the breadth of our offerings and the positive impact we were having on our clients.

From Accounting for Energy to Lumify Energy

In light of our findings, we decided to make some much-needed changes to better reflect what we do and highlight all the needs we cater to.

Lumify Energy was born from the desire to communicate the ways in which we seek to illuminate all areas of renewable energy, whether that’s a microscopic look at contract details, shining a light on payment discrepancies, or lighting the way for a brighter, more transparent energy future. 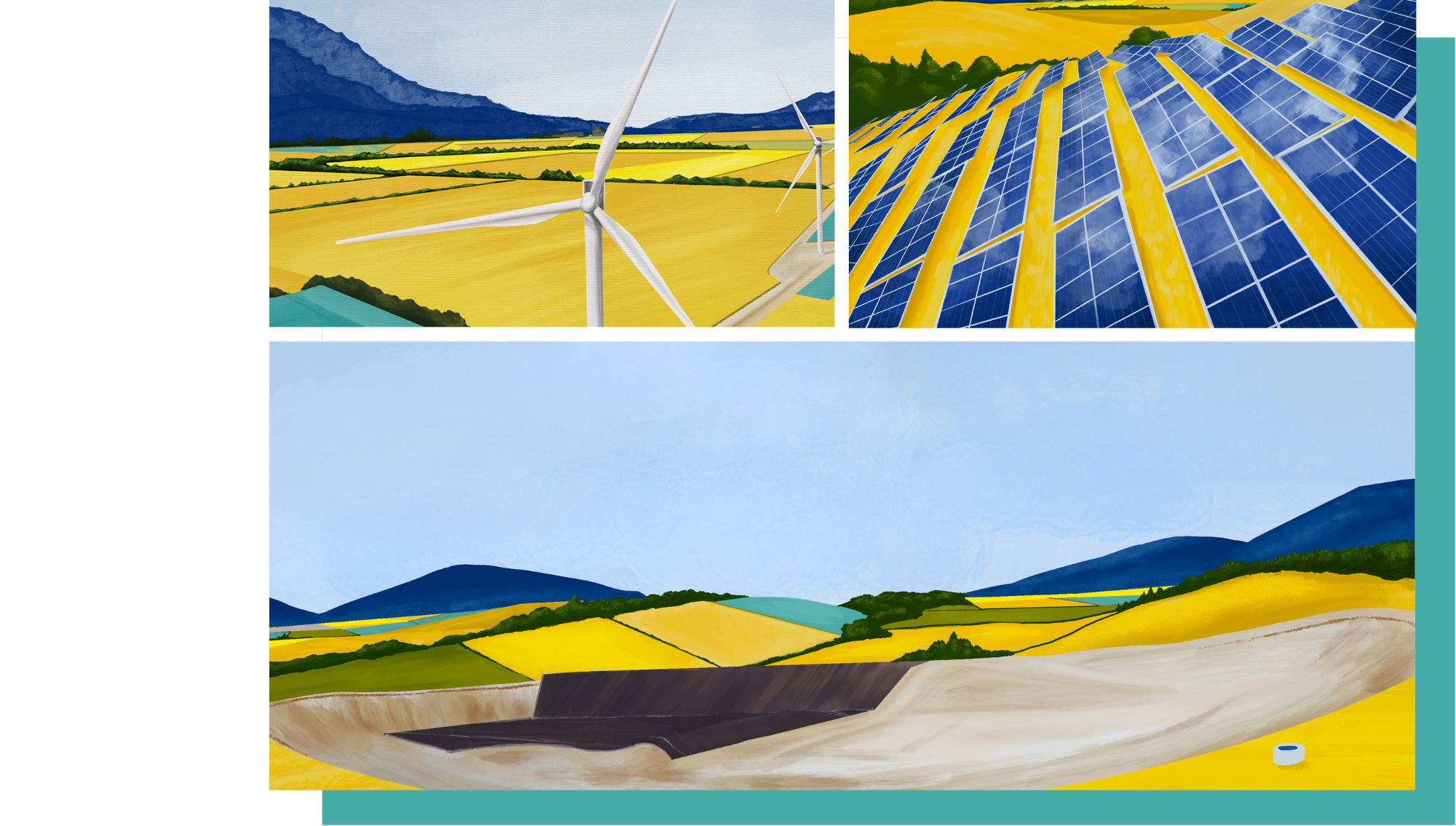 To represent our mission to light the way in renewable energy, our new colours are bright, uplifting, and striking. Our bold palette speaks to becoming more visible in the industry ourselves but also nods to our efforts to ensure that our clients feel that they can see all things about their projects clearly and confidently.

Accounting for Energy began with a single product and evolved to servicing clients throughout the lifecycle of their renewable energy project.

With our advanced Lumigraph™ tool, we’re able to push transparency like never before and implement a better, more uniform and impartial way of doing things.

From Accounting for Energy to Lumify Energy: Brand Evolution 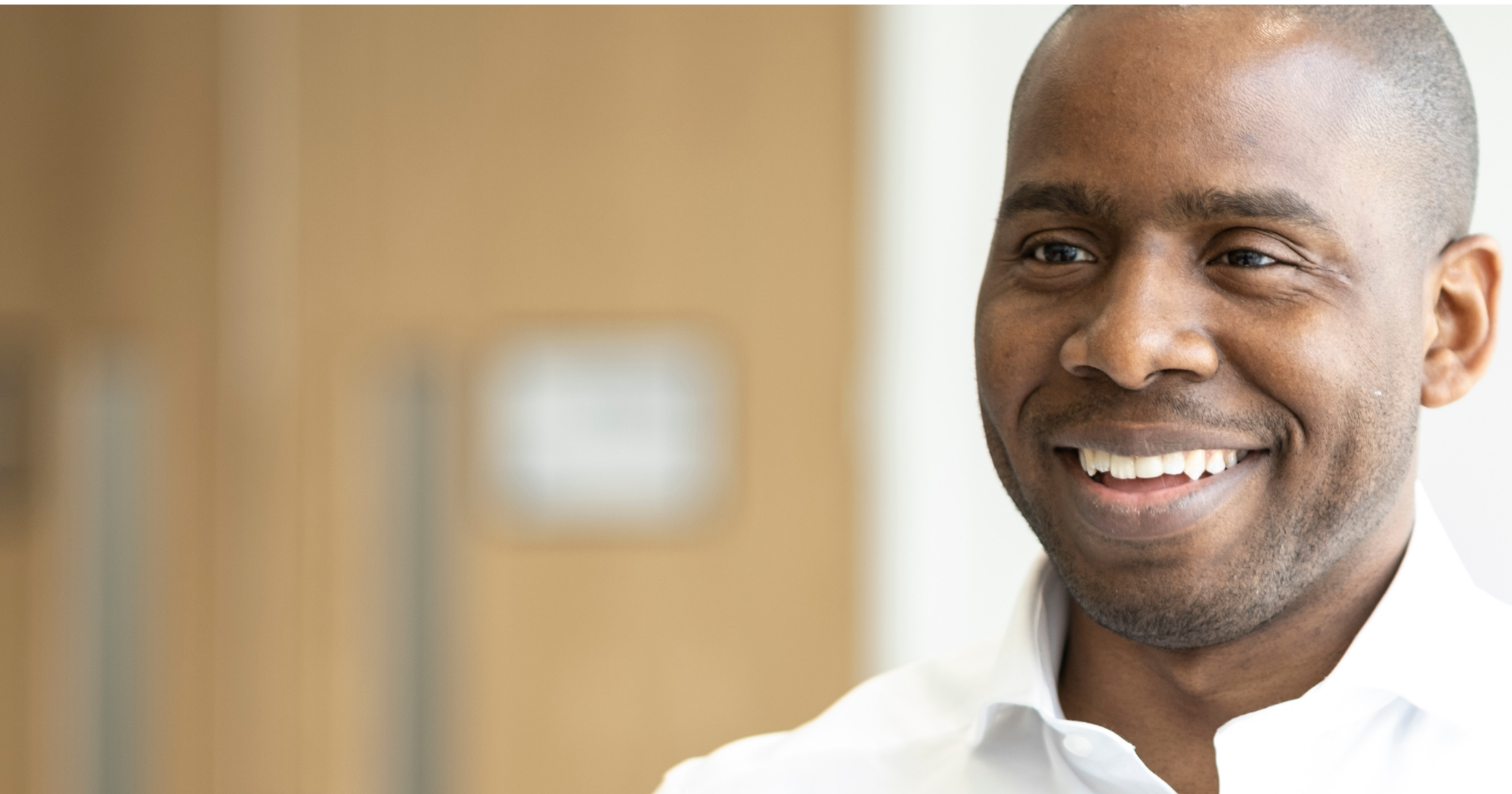 As part of our ‘Spotlight On’ series, we caught up with one [..]